This is my 400th post. Interestingly, this month also marks my fifth anniversary of blogging. My first post was on July 13, 2006. Five years. It’s amazing to think of all that has been captured here: Good moments like this one and this one and this one and this one, and bad like this one and this one and this one and this one. I feel as though I’ve made real friends along the way, and I’m so grateful to all of you who have held my hand, and allowed me to share in your lives as well. Since starting this blog, I have survived infertility, experienced pregnancy and childbirth, raised an infant into toddler-hood, grieved an early pregnancy loss, and found myself on IVF’s doorstep yet again. What a wild ride. There is a lot of growth catalogued in this blog. I know this because I can hardly stand to read anything I posted during the first year. I was so pathetically bright-eyed and sure of myself. I try to go easy on the girl who wrote those posts, but mostly I just want to grab her by the shoulders and give her a good shake. I guess that’s not all bad. It’s a sign I’m evolving, right? Anyway, 400 down, 400 to go? Hmm, we’ll see about that. But I’m glad to be here today, and while I can’t say I’m thrilled to be picking the IVF torch up again, I’m feeling very grateful to have this blog and this community to help me through it.


I have a bunch of posts in the queue. Specifically:

I was also planning to write a vent about this blogger comment situation, along with a summary all of the comments I haven't been able to leave on your blogs over the past two weeks, but then I read this post by Jersey and it totally worked! So, I'm sharing here in hopes it can help some of you as well.


I’ll write more here soon, and hopefully more in your comment boxes now, too!
Posted by K at 4:53 PM 3 comments:

Well, this is an awkward post to write an intro for. Sorry I disappeared without a word of warning and stayed away for... Yikes, over three months? That was rude. All I can say is this break was hard - much harder than I expected - and I needed to turn inward for a while to make it though.

Even when we were in the darkest days of TTC #1, I still thought those struggling to conceive #2+ had it worse. Maybe “worse” is the wrong word, but I could appreciate that there were things about TTC that would be made harder if you already had a child. Based upon my experience over the last six months, I’d say I was right in ways I expected and ways that weren’t even on my radar.

The part I knew:

When we were TTC #1, I was acutely aware of how quickly life was moving for everyone around us, and I realized that perception would be all the more agonizing with a would-be sibling under your roof to act as the measuring stick. The difference between starting your family at age 26 or 29 or 32 isn’t insignificant, but I felt (and still feel) strongly that it doesn’t alter your life to the same magnitude as having children that are 2 years apart versus 5 or 8. The experience of infertility shaped who I am in monumental ways, but setting that aside, I don’t believe that having a baby two years later than I hoped to changed the experience of becoming a mother in any kind of a fundamental way. (Remember, infertility scars aside.) However, I DO think there are tangible, life-long differences for both parents and children in raising siblings that are close in age versus farther apart. I believe that siblings that are 2-3 years apart relate to each other differently than siblings that are 4-5+ years apart do – not inherently better or worse, just differently. And parents of children that are 2-3 years apart go through parenthood differently than those whose children are 4-5+ years apart. And if you want one for whatever reason, being forced into the other by circumstances beyond your control is lousy. For me, the last six months have been disappointing and disempowering in different and more lasting ways than my primary infertility was capable of. I watch E grow and change by the day, and every day I mourn the fact that I am currently powerless to stop this developmental divide from stretching its roots into the fabric of our family.

The part I didn’t know:

Now that I have a child, my social calendar is full to the brim of things like swim lessons and daycare picnics and birthday parties and playdates at the park. Guess who else frequents these places? Other people with kids. Fertile people. Fertile people with kids who, like mine, are at the prime age for bringing a new baby into the family. And they’re doing it in droves, let me assure you. I accompanied E’s class on a field trip to a concert at a park the other day and as I watched the other moms and toddlers congregate, I couldn’t help but notice that well over half of the women in attendance were sporting baby bumps. I tried to take some sort of odd comfort in the fact that not EVERY woman there was knocked up (sad state of affairs when that’s the best you can do) until I realized that, statistically, half of the non-bump ladies probably WERE pregnant too. They just didn’t have the bellies to show for it yet.

It’s happening on my blogroll, too. When we were TTC#1, I only read blogs of other people that were struggling like we were. I tucked myself into an insulated little corner of the internet where everyone was comparatively sucky at getting and/or staying pregnant. (Said with the utmost of love and solidarity, my dear sisters.) Then I got pregnant and had a baby and (very, very) slowly, I tiptoed out to read the blogs of other people who had babies the same age as mine. In the beginning, I’ll admit I kept a mental tab of who had trouble conceiving and who didn’t, and I kept the latter group at arm’s length. However, as my affection for their families deepened (and my own infertility scars continued to heal), I lost track of who was who and subsequently forgot the difference ever existed. Now E is at That Age where people start thinking about and conceiving and delivering siblings, and I forgot how quickly and easily fertile people can accomplish all that. Those fertile bloggers are my friends now, and I’m happy for them – genuinely – but reading their stories also stirs up all the old $#*%@ about how relatively broken I am. How unlucky. How cash-strapped and expense-heavy. How powerless. How behind the curve, again.

I needed a break. Refusing to take E out into the world wasn’t exactly an option, but the blogosphere was something I could limit my exposure to, and so I did, for my own sake. I know it was kind of a selfish move, but it was what I needed to do. I was having a really, really hard time. In many ways, I still am. But our IVF cycle is right around the corner and that helps. I’ve also had time to reflect and heal and make my own peace with how everything has played out.

I’ve come to the point where I feel really okay with it all, most days. I feel genuinely grateful to have this extra time alone with E before asking him to share us. At age 2 and some change, I find myself marveling equally over how big and independent he seems at times, and how much of a baby he still is at others. On the days when he seems younger, I’m glad we don’t have another baby to tend to so that we can give him 100% of our focus and nurturing. That said, I feel like the expiration date for this mindset is drawing near. Our current plan calls for a fresh IVF cycle that would result in an EDD a few months after E’s 3rd birthday. And that works for me. I feel really good about the idea of a 3 year gap, and not in "silver lining" kind of way - in a "I feel genuinely positive about the fact that we are giving Elliot three full years as the sole center of our universe" kind of way. Pushing it out any further than that though, for me, tips the scale to where the benefits of giving him our undivided love and attention start to be eclipsed by the consequences of having too large of a developmental gap between him and his sibling(s).

So what if the IVF doesn’t work? Well, the options are not pretty. We have a major move on our horizon that we have put off for years for various reasons – most of them infertility related – but we’re nearing the end of being able to extend that, too. We want to put down roots in a new community before E starts school, and we’re moving to a city we know very little about, so we need to build in a year or two to fine-tune our location after we parachute into the general area. But I’m going to stop all of this here because it is (a) hopefully moot and (b) definitely overwhelming.

I have my IVF schedule in-hand and my meds have been ordered. AF is expected around August 5th with a transfer in mid-September. Here we go again. *deep breath*
Posted by K at 5:32 PM 13 comments: 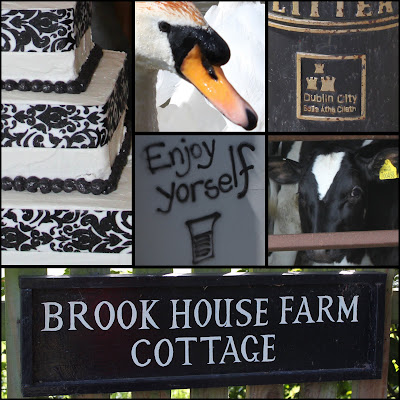